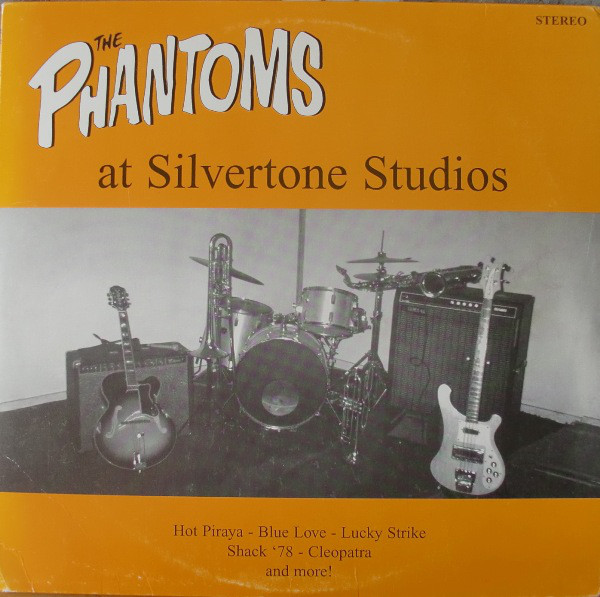 22 years ago The Phantoms gathered to record this 10″ at Silvertone studios.

The great jazz master Atle Hammer joined in for the occasion. It was a great follow up to the first 7″ «The Phantoms Are Go» (Jalla Records 1996) and it was released by Scorcha Records (Germany).

For many many years these tracks have been played in small underground record shops, bars and clubs. Now it was time to introduce this material digitally to a broader audience.

Thanks to the great people at Strype Audio we succeed restoring all the tracks. The master was of course gone so it had to be ripped of the vinyl directly.
As the liner notes says:

Record fans, young & adult, in Europe and many other countries of the world have been come attuned to the genuine warmth and feeling that the Phantoms pour into their songs. They have discovered that a song, when performed by The Phantoms can in fact be a moving experience. The popularity of The Phantoms has also increased as more and more fans have discovered them. Today it’s not unusual to see the mighty Phantoms high up among the stars in showbusiness.